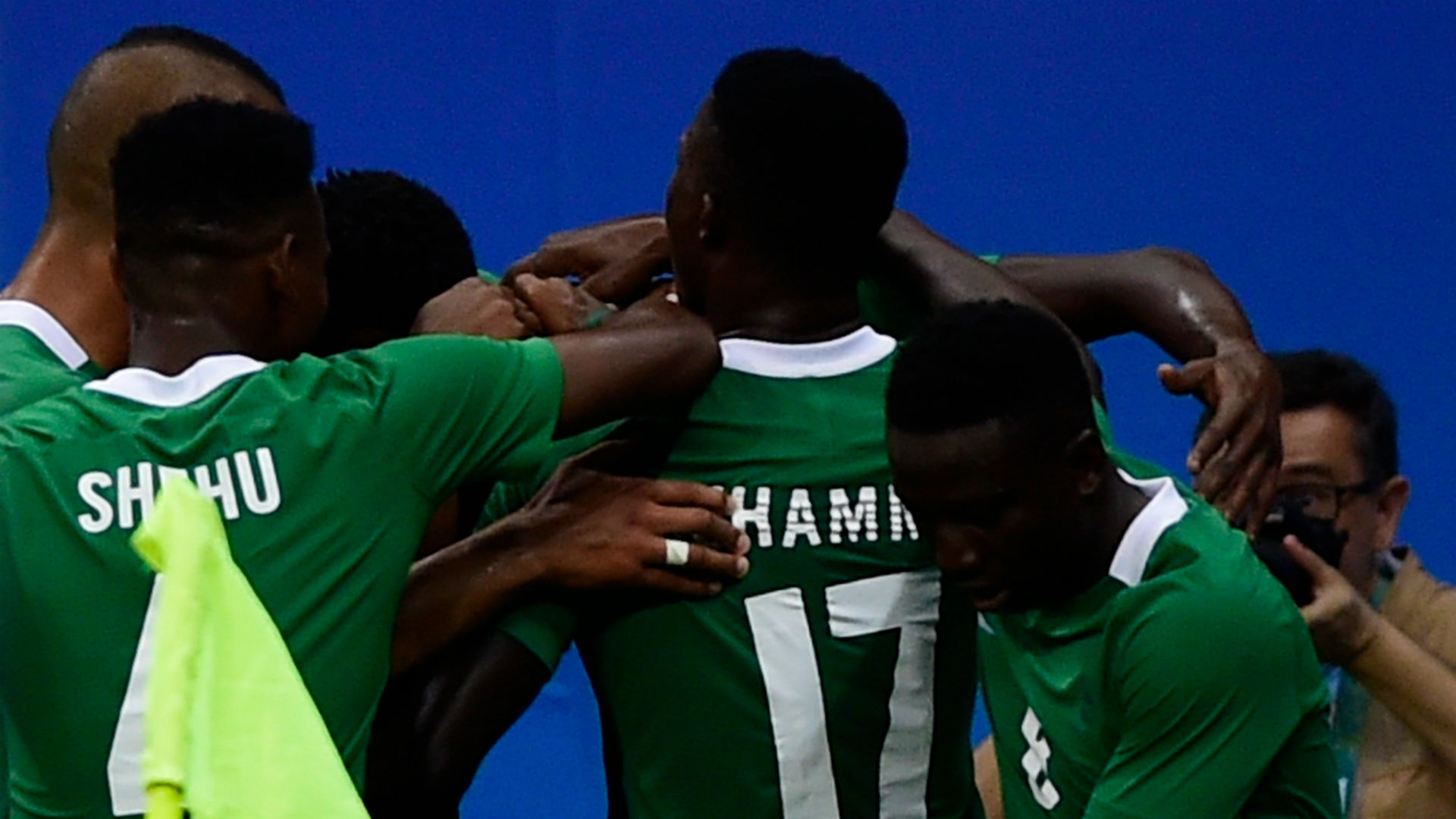 Four-goal hero, Oghenekaro Etebo ensure Nigeria’s U-23 team began their campaign at the Rio Olympic Games Men’s football on a winning note as the team defeated Japan 5-4 in a nine goals thriller at the Amazonia Arena in the early hours of Friday morning.
The team arrived Brazil some few hours to kickoff due to flight delay wasted no time as Sadiq Umar scored Nigeria’s opening goal in the seventh minute only for the team to concede a penalty a few minute later which was converted by Shinzo Koroki.
However, the Dream Team VI maintained their lead in the 11th minute through Oghenekaro Etebo’s brilliant goal but their celebration was cut short as Takumi Minamino leveled the score for the Japanese team in the 13th minute. The Atlanta 1996 Olympic champions regained a three-goal lead thanks to hattrick goals from Etebo in the 42nd, 51st and 66th minute to race into the tournament top scorers.
The Japanese side was not done yet as Takuma Asano and Musashi Suzuki almost completed a remarkable comeback, scoring in the 70th and 90th minute to give their Nigerian counterpart a late nightmare. The victory means the Dream Team are top of group B with three points after Sweden and Colombia played out a 2-2 draw to stay on one point apiece.
Nigeria next play European champions Sweden on Sunday night, also at the Amazonia Arena in Manaus before confronting Colombia in their final group B match on Wednesday.
Tags: Dream TeamNewsNigeriaOlympics
Share6Tweet4