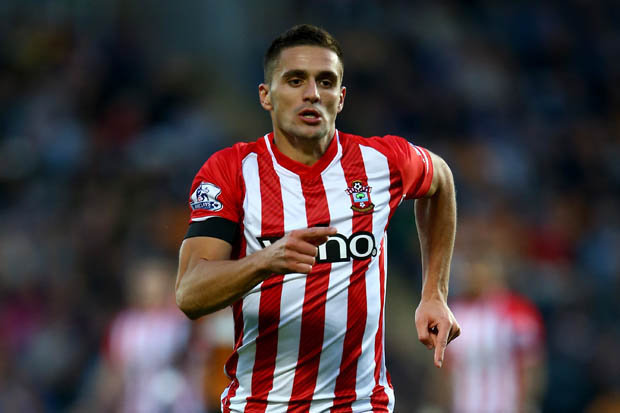 By Timothy Dehinbo
Southampton midfielder Dusan Tadic has signed a new four-year contract which will extend his stay at St Mary’s until the end of the 2019/20 season.

The Serbia international joined Saints from Dutch club FC Twente for £10.9m in 2014 and has contributed 13 goals and 12 assists in his 77 appearances for the club over the last two seasons, operating in an advanced central position as well as on either flank.

Southampton’s executive director of football Les Reed said: “I am delighted that we have strengthened our commitment with Dusan, and that he has added his name to the list of players to have signed new long-term contracts in recent months.

“Dusan has been an important part of our success in the past two seasons, with his creativity offering the team a valuable dimension.

“However, it is not just his ability that makes him a key part of the squad, but also his commitment, determination and focus.

“I am confident that, under the guidance of Claude Puel, he will continue to flourish and be a central component of the squad not only this season, but in the years to come.”