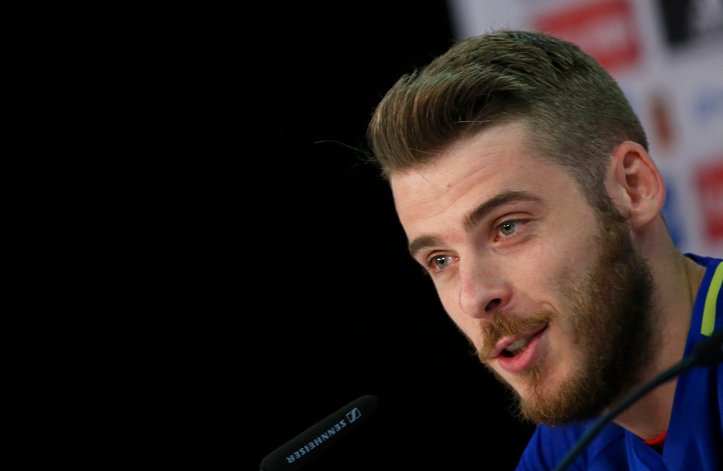 Manchester United and Spain goalkeeper David De Gea has denied allegations linking him to sexual assault case which is currently under investigation by the Spanish authority and he won’t leave the Spanish National side for the Euro 2016 tournament.

According to the Spanish newspaper El Diario, De Gea was among the names provided in a statement given by a protected witness in a rape case against pornography producer Ignacio Fernandez Allende, nicknamed Torbe, but the goalkeeper was quick to dismiss the rumour, saying it was a lie and it caught him by surprise.

“It is all lies. It’s all false what has come out in the press. It is in the hands of my lawyers,” de Gea told a news conference in France, on Friday.

“I’m calm. If anything I am going to have more determination. I’m looking forward for Euro 2016 to start.”

“I was resting in my room, playing with the PlayStation and I was told about this story. I have no idea where this comes from and how this can be in the press. It’s a way to tarnish someone’s reputation. The first thing I did was to speak to my family so they wouldn’t worry.

“But they know me. I know what I’ve done with my life so I’m very calm.”
De Gea who looked very calm during his press conference stated that the story won’t affect his Euro 2016 and will only make him stronger as he seeks to help Spain win the tournament for the third consecutive time.

“If anything this is going to give me more strength. It will make me stronger. I have all the support of my teammates and I’m just looking forward to the tournament. I’m eager to play in the competition,” he said.