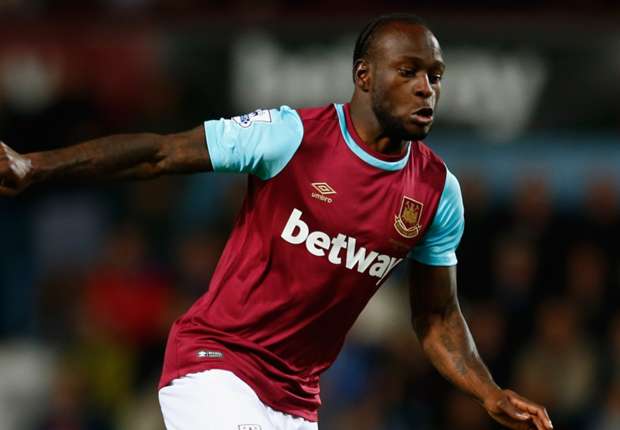 Victor Moses has become an integral part of the first-team squad at West Ham United following his move across London this season and has played his part in some memorable victories for the Hammers.

Things got even better for the Nigeria international in his second game against Manchester City when he scored an impressive goal at the Etihad Stadium to set West Ham on their way to a 2-1 victory.

Moses still has fond memories of his first goal for the east London club and hopes he can experience a similar feeling when the two teams meet again at the Boleyn Ground on Saturday.

In a question and answer time, Moses was asked: Victor, how important was the win at Manchester City back in September and what were the key factors in seeing the Hammers come away with all three points?

He answered: “I remember the game very well. After the Newcastle game where I made my debut and we managed to get the three points, we then had another big game at Manchester City.

“We went to the Etihad Stadium and were really looking forward to the game.

“It was really important that we got an early goal and that gave us the perfect springboard to work hard as a team and we then managed to get the second goal.

“They came back into the game and pulled a goal back right on half-time, so we had to re-group again and stop them scoring the equaliser. The most important thing is the hard work and we definitely put a shift in that day.

“Having already beaten Arsenal and Liverpool in the early part of the season, did you sense in the dressing room before the game that the players were confident of coming away with all three points?

“We knew it would be a tough task, but we stuck together as a team and made sure that we got the three points that we deserved.

“It was a pretty impressive shot from you that beat England number’s one Joe Hart. Is that one of the best goals you have scored in recent times?

“I was kind of delighted with that strike! I got the ball from Payet and when I turned, there was nobody around me.

“The next thing on my mind was to have a shot and thankfully the ball went into the corner. That was the first time I had scored past Joe Hart as well.

“You have got to be happy when you score against Manchester City because they are a good team and have world class players. Scoring against them meant a lot to me.