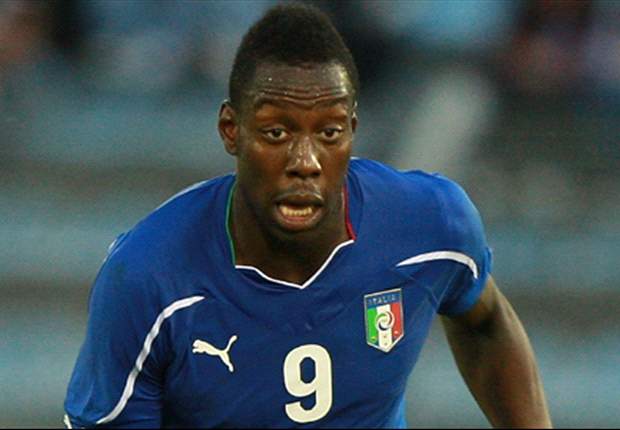 Through their official Twitter account, Belgian powerhouse RSC Anderlecht have announced the signing of Stefano Okaka on undisclosed terms from Sampdoria.
This is the second time since Okaka started his professional career that he has left Italy to join a foreign club, having spent time on loan at Fulham during the 2010 – 2011 season.
The one cap Italy international will link up with Imoh Ezekiel at the Constant Vanden Stock Stadium.[post_ad]
The 25-year old was linked with possible moves to Leeds United, Southampton, Monaco and Nice in the summer transfer market.
Over the course of one and a half seasons on Sampdoria’s books, Okaka scored 9 goals in 45 Serie A appearances.
Tags: NewsTransfers
Share6Tweet4