by Precious
in News
0
It is just happiness upon happiness for Barcelona’s veteran midfielder Andres Iniesta as his beloved wife Anna Ortiz gave birth to a bouncing baby boy 24 hours after the Copa del Rey triumph. 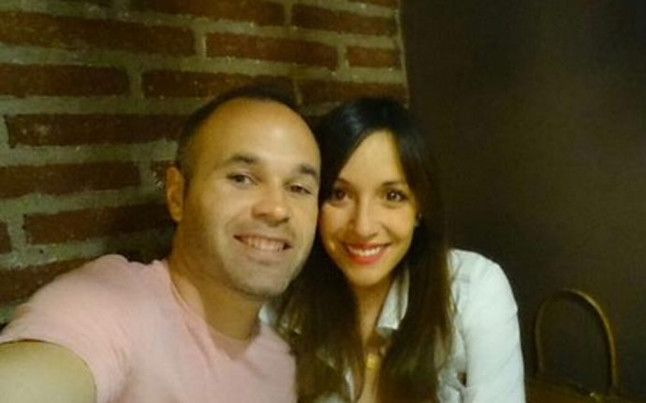 Iniesta and Anna announced announced that they are now parents of a second child whose name is called Paolo Andrea.

They published a message on Facebook and Twitter announcing the birth of their child, which reads:
“Hello everyone! We have with us Paolo Andrea, the mother and and baby are very well! Total happiness!”
The couple’s first child Valeria, turned four on April 3, 2015 and she now has a kid brother just moments after her lovely ‘Papi’ celebrated a domestic double.
Few months ago, Iniesta announced the social networks that his partner was pregnant with this message: “We are happy to share the good news that Anna is pregnant! Valeria will have a brother!”. Toatal happiness indeed. Congratulations Don Andres!