by Biyi Akangbe
in News
0
Share on FacebookShare on Twitter
Barcelona have given the green light to Full Back Martin Montoya to leave the club but the defender will leave either on loan or a buy-back clause will be inserted in the deal, Futball.cf understands. 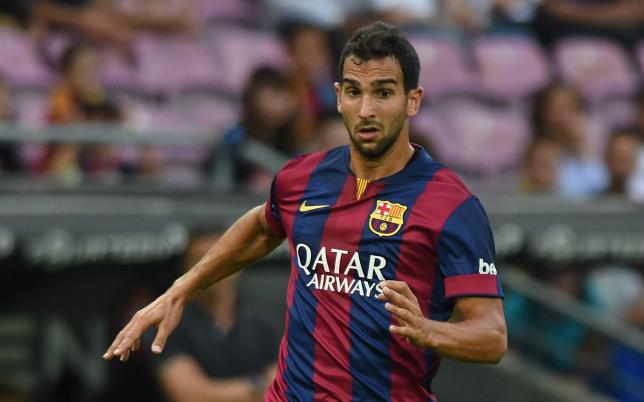 The 23-year-old has long been linked with a move to Liverpool after coming through the famous Barcelona youth academy La Masia.
Initially a deputy for regular right-back Dani Alves, Montoya has now been pushed further down the pecking order as a result of a bizarre set of circumstances including the signing of Douglas Perreira from the Brasileiro.
Douglas, a young Brazilian fullback, was initially brought in as a future option but Dani Alves’ failed move to PSG resulted in the Catalans starting the season with a surplus of right-backs.
Montoya could provide boss Brendan Rodgers with a potential quality long-term option and according to Spanish publication Diario Sport the Reds have been given the go-ahead to sign him in January.
“Montoya is now desperate and the club is being amenable, aware that his situation is difficult to understand. Therefore, he has been told he has the green light to seek a move and if the club finds an interesting proposition then a January deal can’t be ruled out. The offer has to be important and would need to include a buy-back clause. Right now, there is talk of Bayer Leverkusen, Liverpool, Inter Milan and Napoli.” The report states.
One key aspect of any potential deal, however, would be the inclusion of a buy-back option which doesn’t always sit too well with the buying clubs.
With new signing Javier Manquillo also an option for the Red’s right back position, Montoya won’t just break into the team with ease as he would surely fight for his place.
Tags: EnglandMontoyaNewsSpainTransfers
Share6Tweet4