No Result
View All Result
AFCON coverage brought to you by

In the standout fixture of Group D, Nigeria and Egypt clash today at the Roumdé Adjia Stadium, Garoua, in their opening match of the 2021 Africa Cup of Nations.

With a change to the coaching crew just weeks before the competition, injuries to leading strikers, and withdrawals by their first-choice replacements, the Super Eagles have had a less than ideal preparation for the Afcon.

But the three-time continental champions remain bullish of their chances to enjoy a deep run at the tournament, starting with the game against the Pharaohs.

Other than his effort to introduce a possession-based philosophy, not much has been gleaned about the tactical input of interim boss Augustine Eguavoen to the national team. 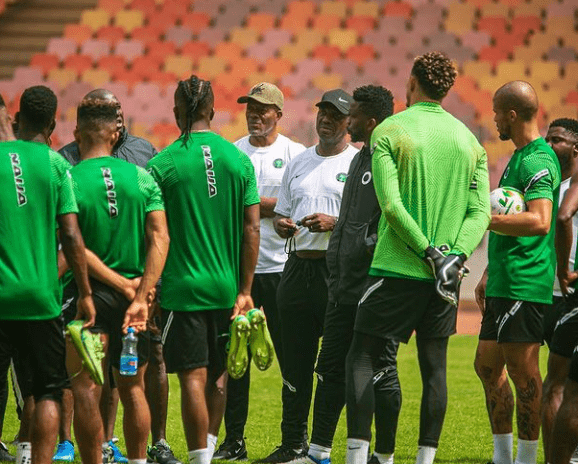 Against Carlos Queiroz’s men, however, Eguavoen will want the Eagles to stay compact, keep more than an eye on Mohamed Salah, remain robust in midfield, avoid conceding first and be unpredictable and direct in attack.

Below is the first team that can help him achieve that.

Goalkeeper: Maduka Okoye
Unlike Maduka Okoye, both Daniel Akpeyi and Francis Uzoho have tournament experience playing at the 2018 World Cup and the 2019 Afcon. 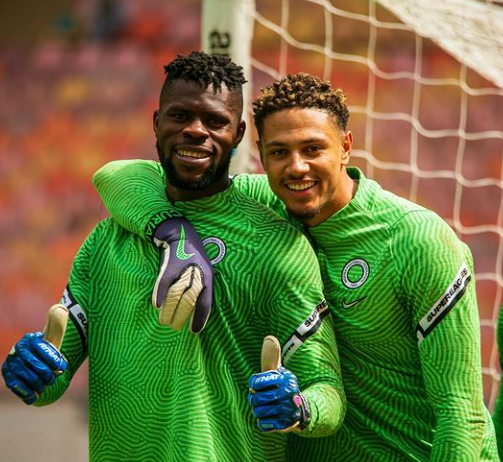 But it is hard to look past the Sparta Rotterdam shot-stopper, who has been the Eagles’ number one goalie for the best part of the past couple of years. The 22-year-old should get the nod ahead of his colleagues.

Defenders: Ola Aina, William Troost-Ekong, Kenneth Omeruo, Zaidu Sanusi
At Eguavoen’s first outing in charge of the Eagles at Afcon 2006, he had the rock-solid Joseph Yobo to help stitch the defence up for him. But alas, he has inherited none like the ex-Everton man this time around.

Watford’s Troost-Ekong has been unimpressive recently. Leon Balogun is unavailable. Kevin Akpoguma has been left at home.

Olisa Ndah is an international football rookie. Omeruo is a shadow of his 2013 best. And Awaziem plays better in a three-man centre-back setup.

Against Egypt, a team that the Eagles have a rich history facing at the Afcon, Eguavoen must decide which system and personnel to deploy.

He would be wary of copying the 3-5-2 that a desperate Rohr embraced in his latter days and which ultimately got him sacked.

There, however, seems to be just enough experience, guts, and grits in the Ekong-Omeruo pairing, and it would not surprise many to see Eguavoen unleash the same.

There are not many worries at fullback, though, with the late arrivals of Tyronne Ebuehi and Jamilu Collins seemingly handing starting births to Ola Aina and Zaidu Sanusi at right-back and left-back, respectively.

Midfielders: Frank Onyeka, Wilfred Ndidi, Joe Aribo
The centre of the park is where the Super Eagles look incredibly lightweight, with the team boasting only three specialist midfielders in Aribo, Ndidi, and Onyeka.

Everton’s Alex Iwobi is a viable option in the creative midfield role. 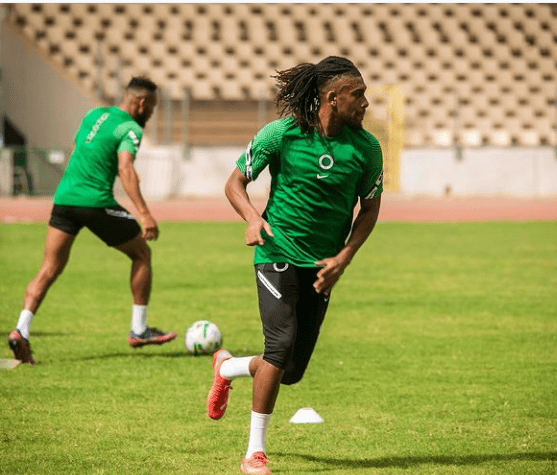 West Brom’s Semi Ajayi and Huesca’s Kelechi Nwakali can come in from the bench and do a decent job, but it would be unwise to start them against seven-time Afcon champions Egypt.

Onyeka and Ndidi would be needed to provide energy and dynamism in midfield and help the defence tame a rampant Mohamed Salah.

Attackers: Chidera Ejuke, Samuel Chukwueze, Kelechi Iheanacho
Taiwo Awoniyi and Umar Sadiq have proven in Germany and Turkey that they can score goals.

Still, sadly, they are not Victor Osimhen, and it would not shock many if they did not make the first eleven against the Pharaohs.

They will get their chances against Sudan and Guinea-Bissau later, but Iheanacho looks the best bet to start on Tuesday.

He has done it time and again for Leicester City against the best teams in England. And he should relish the opportunity to pit his wits against the best defenders that the Egyptian league has to offer. 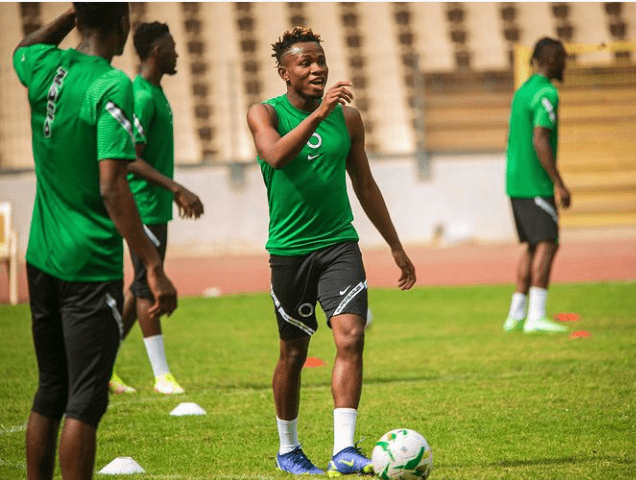 Jet-heeled and tricky wingers could be the key to unlocking the Egyptians’ rear-guard, and it could prove to be a masterstroke setting up Villarreal’s Samuel Chukwueze and CSKA Moscow’s Chidera Ejuke on either side of Iheanacho.

Despite being depleted almost beyond recognition, the Super Eagles still possess enough firepower to cause problems for Mohamed Salah and co.

It promises to be a pulsating encounter on Tuesday, and a Nigerian win could send a powerful message to the other competitors across the Afcon that the Eagles mean business.