The Best Arsenal Strikers in History

Most will say strikers are the most important members of a football team and have good reason to think so.

Strikers body the responsibility of scoring and winning games and consequently have been the most popular among the fans too.

As one of England’s biggest teams, Arsenal football club have had the honour of having some of the best strikers in the word feature for the team, and that’s what we are going to be looking at today with KUBET.

In no particular order, here are the best strikers in Arsenals history. 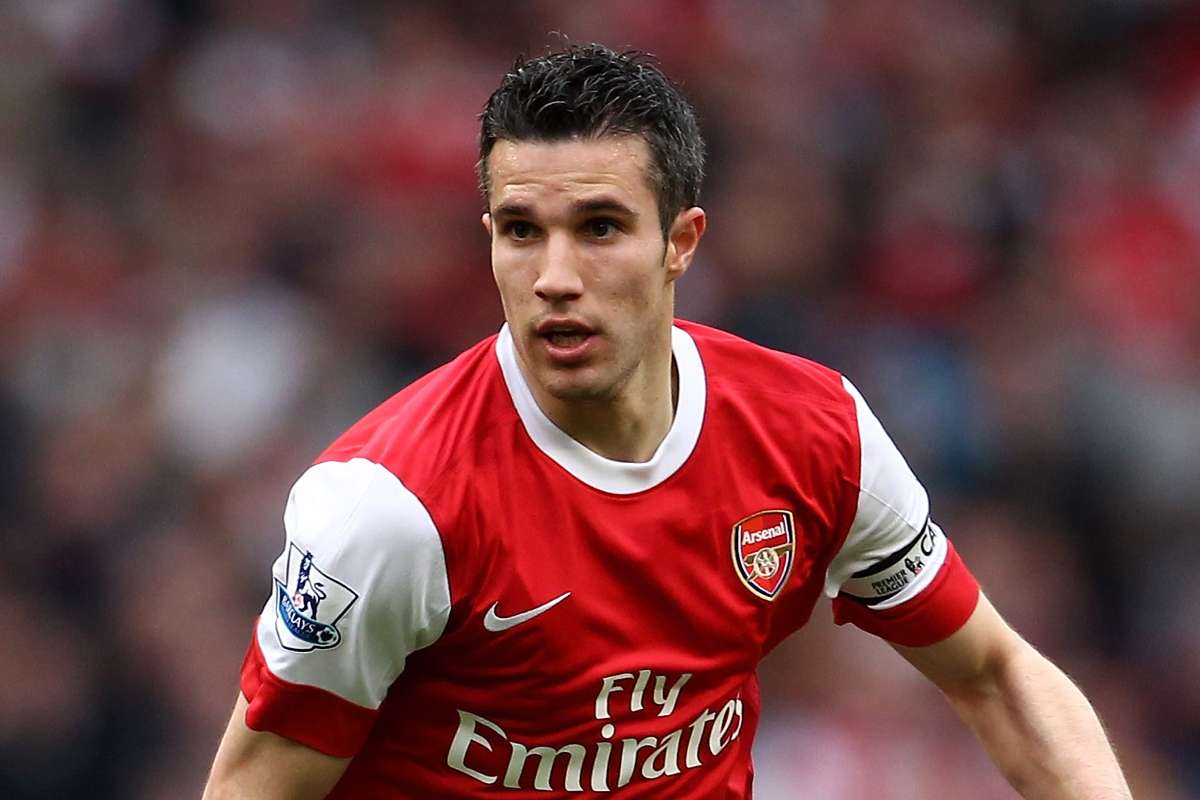 Although Robin van Persie left the Emirates to join Manchester United, during his time with the club, he was one of the best Premier League strikers.

Arsene Wenger recognised Robin van Persie’s skills and talent while he was playing for Feyenoord. And the coach successfully convinced the young winger to join the Emirates.

He was a talented 21-year-old player who had a promising career, and everyone was hoping that he could become the next legend like Dennis Bergkamp.

At first, Van Persie had a little bit of trouble adapting to the club. He had also suffered some injury problems. But afterwards, Van Persie started to flourish in a forward role, enjoying the best period of his career as an Arsenal player.

Van Persie scored 37 goals in all competitions during the 2011/12 season. Additionally, he won the Golden Boot award from the Premier League and was named as both the PFA Player of the Year and FWA Footballer of the Year. 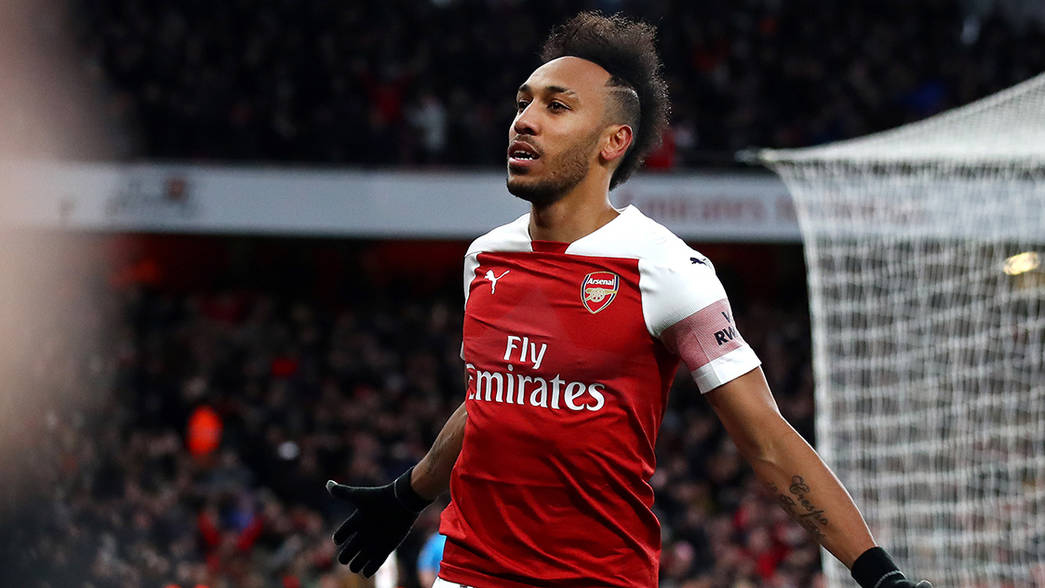 The inclusion of Arsenal’s current captain in this list could be a bit controversial, but since the Gabonese moved to the Premier League, he has made a name for himself as one of the best Premier League goalscorers.

The forward has lightning speed and a cool finishing technique. He handles pressure well, and that’s why he is considered to be a genuine world-class talent.

However, the main reason why he is one of the best strikers in the history of Arsenal is that no player has ever reached 50 goals in the Premier League for the club as quick as him.

Also, Aubameyang won the Premier League’s Golden Boot last season, which, again, proves his talent and his contributions for the club.

There is no doubt that Arsenal made a good investment to get him from Borussia Dortmund as the contributions of the 31-year-old striker is undeniable.

Among many talented players who made their names with the club, Ian Wright is a great late bloomer. Not only is he a great talent, but he is also the greatest goalscorer in Arsenal’s history.

Every football fan would agree that Wright was a natural finisher. He showed his talent while playing for Crystal Palace, and continued to develop his skills when he moved to Arsenal in the early nineties.

In his first few seasons in the Premier League, Wright had a burden to score for the Gunners. In fact, he was the leading goalscorer for six successive seasons.

Wright also played an important part in the north London side’s successes. Together with the club, he won an FA Cup and League Cup double.

Being a fearless footballer, Ian Wright never lost his Sunday League edge. He ended up scoring 185 goals in all competitions for the club.

Together with Dennis Bergkamp, the duo formed a fruitful partnership that could hardly be found in club’s today. In his final season with Arsenal before moving to West Ham, Wright won a domestic double again in 1998. 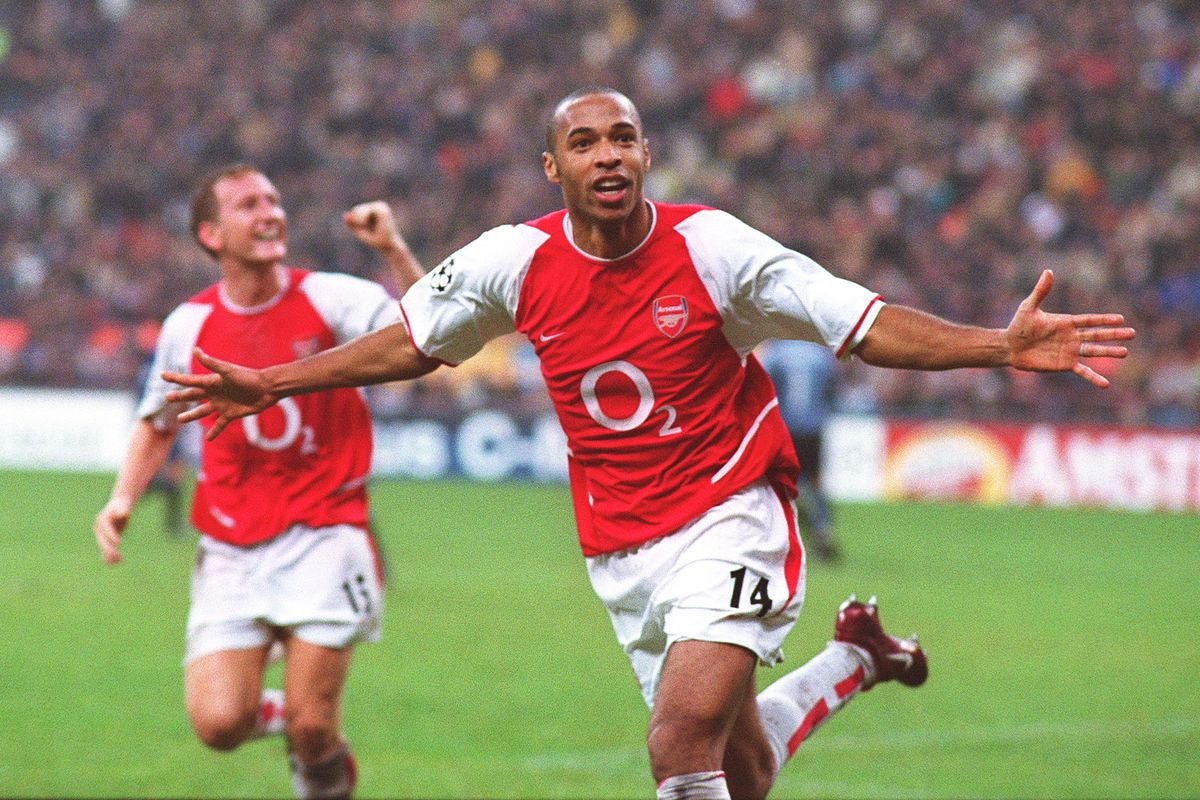 Thierry Henry is not only considered as one of the best Arsenal players, but he is also one of the greatest players in the history of the Premier League.

He spent eight years playing for the Gunners and became the star of the club. During his career with the English football club, the forward won four Premier League Golden Boots.

Before enjoying his glory time in England, Henry played for Juventus as a winger. However, he wasn’t at his best at the time. Only since he became a central forward at the Emirates did Henry flourish in that role.

Along with his teammates, Henry helped bring a domestic double to the club. Furthermore, he was named as the PFA Player of the Year twice and won three FWA Footballer of the Year.

In addition to his scoring skills, he could also create chances for his teammates. He is one of the very few strikers who have the style of play that hadn’t been seen before.

Thanks to his possessing pace and creativity, Henry holds the record for most assists in a Premier League season. Besides, he is one of the two players who scored more than 20 league goals in five consecutive campaigns.

No matter if you are a fan of the Gunners or not, you must know about Dennis Bergkamp. Right outside the Emirates Stadium, his statue takes pride as one of the best strikers in the history of Arsenal.

Since his arrival in the mid-nineties, Bergkamp has helped English football reach new heights. Arsenal was not the first club where Bergkamp starred.

He played for Inter Milan and then Ajax before moving to north London. However, during his time at the Emirates, we saw an extraordinary forward prove himself as one of the best players in Premier League history.

Part of his career’s success had something to do with Arsene Wenger. This talented coach unlocked the very best of Bergkamp’s genius.

He contributed to Gunner’s domestic double in 1997/98. Besides, he won a PFA Player of the Year and FWA Footballer of the Year double for his amazing performances.

During his time playing for Arsenal, Bergkamp had 120 beautiful goals in all competitions. He was always a threat for his opponents and the heartbeat of the team.

His talents to create, produce and score were magical and amazing. In 2002, he won a second domestic double. Bergkamp is definitely the greatest player of Arsenal, making the team unbeatable for a period.

There have been many strikers in Arsenal’s history who have become one of the top strikers of the English league, leading the club to great success over the years.

Some of them have become football legends in their own right and wear the Gunners badge with pride. Please check out keonhacai for learning about the latest betting odds, tips and news surrounding Arsenal FC games.

Above are the top Arsenal strikers that will never fade in the fans’ memory. Do you agree?