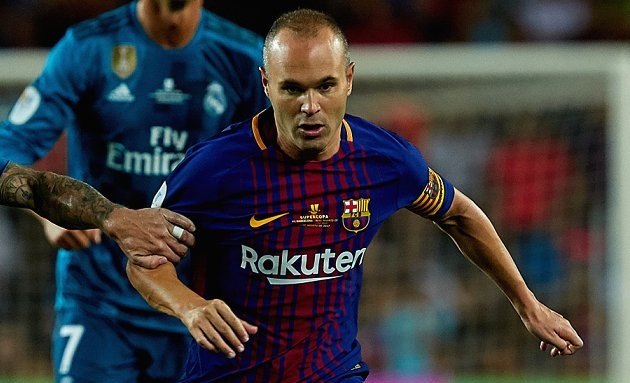 Andres Iniesta is rethinking his future at Barcelona.

The veteran captain only penned new terms with Barca this season, but El Confidencial says he is being tempted by interest from the Far East.

The midfielder has fielded lucrative offers from China and is now weighing up his options.

It’s suggested Iniesta will play out this season with Barca and take in the World Cup with Spain before leaving Europe.

The veteran’s current deal is a rolling ‘lifetime’ agreement which would allow Iniesta to leave Barca with little fuss at season’s end.