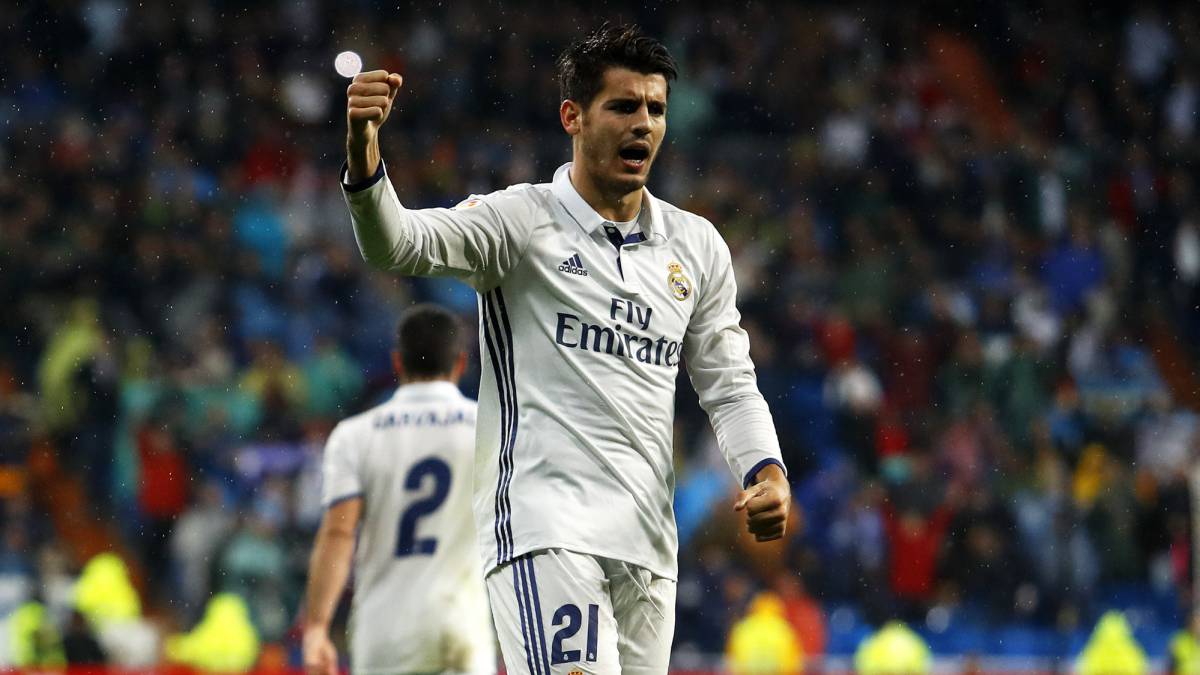 Real Madrid captain Sergio Ramos pulled up Alvaro Morata after his strop during victory over Sevilla.

Morata started the game, but was substituted by coach Zinedine Zidane midway through the second-half.

The striker was seen ignoring Zidane’s offer of a handshake and Movistar has released audio of Morata swearing as he went off: “Son of a b****, s***, you motherf*****”.

It’s unclear, however, if Morata was directing his comments towards his coach.

Meanwhile,Diario Golsought out Morata after the final whistle to dress him down and insist he behave better in the season run-in.

Ramos told Morata there’d be time to vent his frustrations once the season is over.