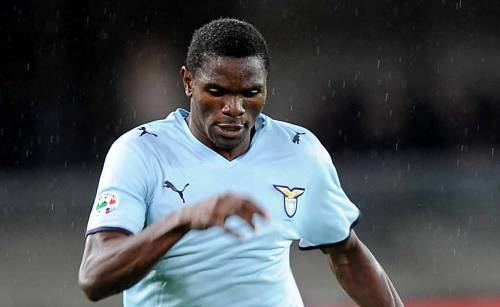 The retired Nigerian footballer turned football agent played for six different clubs in the Italian top-flight with over 100 appearances.

Makinwa started his Serie A career with Reggiana before further stints with Chievo, Modena, Atalanta, Palermo and Lazio.

But despite 120 appearances across these clubs, the Lagos-born centre-forward scored a paltry 16 goals. His Serie A journey ended in 2010 when he joined Greek club AEL Larrisa.